Alan was Darrek’s mentor in the Rosicrucian Order and the second great love of Anita’s life. At the recommendation of his friend, Daniel, he began visiting the Hive Arcana regularly to use their library shortly after the death of Anita’s slayer, Kat, and the two became quite close. Their romance was one of Anita’s many secrets for a long time, until Alan hired Blake Investigations to assist him with a personal matter, and their feelings for one another became obvious to everyone.

Deeply afraid of losing her, he was drawn down a dark path to power and secretly rose as the Black Sorcerer, a powerful adept of the Mad God Leviathan and leader in the Cult of Revelations. He engineered the Covenant War in Pittsburgh to keep all of the Gifted distracted while he carried out his true purpose: bringing Leviathan into this reality.

Brilliant and skilled at manipulating Anita, his list of atrocities included abducting, drugging, and repeatedly violating her, and it almost broke her beyond repair when his identity as the Black Sorcerer was revealed. At the end of Season Three of the original Nocturnum campaign, Alan repented his sins when the Cult of Revelations took their abuse of Anita too far in his eyes by extracting Kat from the Hellmouth and laying her corpse out in her bed in Anita’s house. He was ultimately dragged off to the Dreamlands by the Elder God Nodens as payment for his crimes. Desperate to escape that timeless place of unimaginable torture, Alan keenly manipulated Anita into using her necromancy to rip him free from his prison.

Following those events, Alan resurfaced once more as a Herald of Cassilda, dragging Lorelei Matthews with him from the death realms, apparently as bait for Anita and Sandra. Calling together her former compatriots John, Klaus and Drake and along with Sandra and Amara Dolunay, they tracked Alan to the world of Hastur in the ruins of the dead city of Yhtill, where they put an end to his machinations once and for all, Anita unraveling his soul utterly. 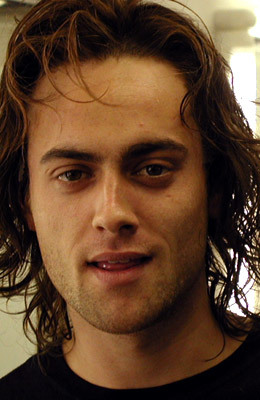