Werejaguar wanderer, haunted by his past

Large, muscular and scarred with a savage appearance and panther-ish grace. There’s violence in his eyes and a barely-controlled aspect about him.

His great great grandfather was Heluska, a Navajo hunter whose bane was werewolves in particular, but all evil was within his sights.

Like his ancestor, Danny was very powerful and well known as a successful champion of good, and as such became a target for evil. A team was assembled to take him out and among the werewolf pack was a hidden member – a werejaguar. During the savage battle, Danny did not sense the Jaguar and it was successful in attacking him and he was nearly killed in the assault. Danny survived but was turned, and now uses his new powers to continue the fight; however, sometimes, in fits of rage from the jaguar, he loses memory of his actions and that… leaves a number of things in his past in question….

He has left the Western United States under his own suspicions and fears regarding certain happenings and has traveled to Pittsburgh on the advice from an encounter with a mysterious stranger….. 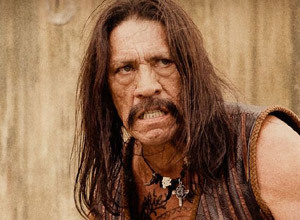