Actor: Harry Lloyd
Full name: Darrek James Tinsley
Birthdate: November 1 (Scorpio)
Age: 36
Height: 6’0”
Weight: 168 lbs
Hair: Dark brown
Eyes: Green
Distinguishing marks: Darrek has two black and grey tattoos: the seal of Solomon on his right forearm, just below his elbow, and an owl grasping a key in its talons, encircled by an ouroboros over his heart. He also has a dimple in his chin and a very faint scar on the outside of his lower lip from where it was pierced when he was a younger (and stupider) lad. 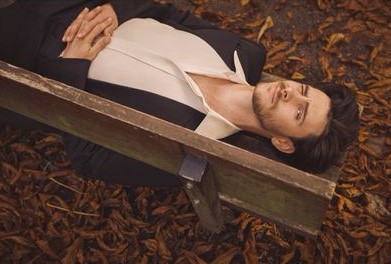 Religion/Spirituality: Darrek is a Gnostic and devotee of Sophia. He was brought up in the Anglican church and will occasionally attend church services and take communion.

Covenant: The Brotherhood of the Rose Cross (Rosicrucian) 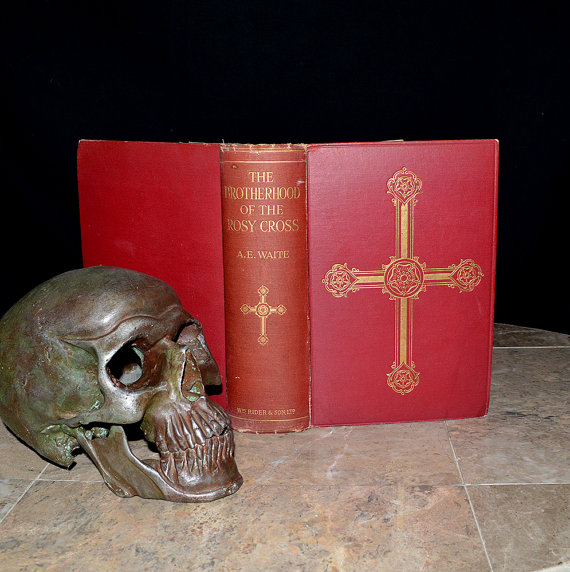 Favorite drinks: A proper English ‘cuppa’, café au lait, strong black espresso, Newcastle brown ale, red wine, scotch, and really cheap bourbon when under stress. Darrek recently admitted that the frequency of his drinking was rapidly becoming problematic, and has been (mostly) sober since this revelation.

Favorite books: Le Petit Prince, Meditations, The Gnostic Gospels, The Nag Hammadi Library, The Hitchhiker’s Guide to the Galaxy, All I Really Need to Know I Learned in Kindergarten.

Favorite movies: Dead Poets Society, What Dreams May Come, Eternal Sunshine of the Spotless Mind, Monty Python’s The Meaning of Life, This is Spinal Tap, What We Do In The Shadows

Quirks: Being a born Englishman, there are times that Darrek doesn’t “get” American-isms, such as figures of speech, customs, etc. He has picked up quite a lot living here and being married to an American. Despite his very dark, dry, and sardonic sense of humor, Darrek becomes flustered rather easily, particularly with women. When flustered, he will stammer and stutter his words.

Best Habits: Darrek is selfless, loyal, generous, heroic, and tenacious. He is a contemplative and thoughtful man. He loves deeply and is fiercely protective of those he loves

Worst Habits: Darrek is arrogant, perfectionistic, jealous, and self deprecating. He second-guesses everything he does and struggles with admitting when he needs help, as well as asking for it.

Current ringtone from the Powers That Be: ‘Open Up Your Heart (And Let The Sunshine In)’ by Stuart Hamblen 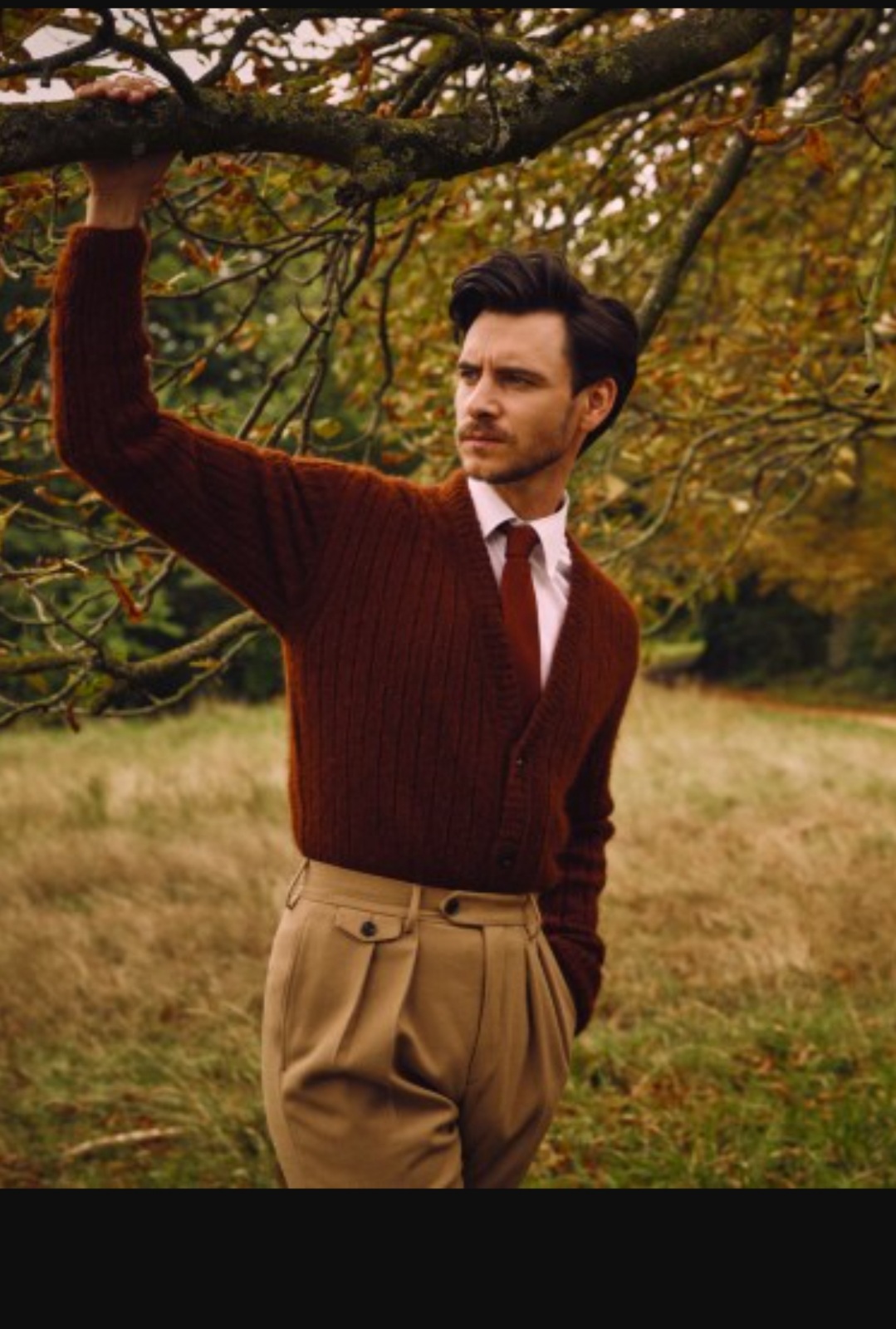 Darrek doesn’t talk much about his family back in England. His mother, Grace, died when Darrek was 10 years old. Her loss was extremely painful for him, and he rarely mentions his mother, with whom he was deeply close. Very shortly after her death, Darrek’s father, James, remarried and he and his new bride Isabel had another child. Darrek adores and is quite protective of his little half sister, Daniella, and maintains the most regular and consistent contact with her out of all of his immediate family members.

Darrek and his father have a very difficult relationship. A well-known, highly regarded, and deeply respected Rosicrucian and professor in his own right, Darrek describes his father as brilliant, obsessive, impossibly critical, and emotionally absent. Believing that his father always cared more about his own pursuits than he ever did about his only son and heir, Darrek carefully built a fortress around his emotions after his mother’s death. He generally does not let people in easily; however, he is a fiercely loyal ally and will go to the ends of the earth for someone who has earned his respect and trust.

Soon after completing his undergraduate degree at Cambridge, Darrek was sent to Pittsburgh by the Order in London. He subsequently applied and was accepted to a tenuous academic program leading to a Masters degree and then a doctorate in Religious Studies at the University of Pittsburgh. While working on his dissertation, Darrek taught classes for the Philosophy and Religious Studies departments at Pitt. His mentor in the Rosicrucian Order in Pittsburgh was Alan Collins III until he fell, betrayed the Order, and became involved with the Church of Revelations.

After the events of Season 3 of the original Nocturnum game, their respective grief over losing Alan brought Darrek and Anita Blake together in a close friendship. Darrek worked for Anita for a time as an independent contractor for Blake Investigations. Then, about 2 years ago, Anita and Darrek had a significant falling out. The circumstances surrounding this are not something either of them will discuss. All anyone knows is that Darrek cut ties entirely with Blake Investigations and for awhile was not seen at the Hive Arcana as frequently as he once was. Darrek and Anita’s relationship grew very strained. The two of them have since repaired their alliance, and Darrek has returned to his former employment with Blake Investigations.

Darrek was assigned by the Order to mentor a young mage, Sam, whose parents (both Rosicrucians and friends of Darrek) were murdered by the Church of Revelations. Unfortunately, despite Darrek’s best efforts to help him, Sam’s mental health significantly declined to the point where he became unstable and dangerous, and completely obsessed with finding a way to avenge the deaths of his parents. Sam was seduced by the promise of power and had planned to perform some kind of sacrifice to bring the entity known as Cassilda into this reality.

By the time Darrek discovered what Sam planned to do and got to the Hellmouth, Anita, Kay, and Carrie had already responded and stopped Sam from completing the ritual by shutting down his mind entirely…but not before Sam had murdered two Gifted, whose identities Darrek was unable to uncover until meeting Henry Anders and learning that they were his parents. Anita had hoped to spare Darrek from having to be the one to put Sam down; however Darrek did not see the situation that way—it was the reason for he and Anita’s falling out. He now recognizes and understands what she was trying to do, and acknowledges that his anger towards her was really misdirected self-blame for failing to prevent the situation.

Darrek still holds himself responsible for what happened, even though he’s (mostly) not. Sam eventually ended up being hospitalized and currently resides in the long term care wing at Western Psychiatric Institute and Clinic. Darrek was named as Sam’s guardian ad litem by the court and maintains power of attorney and health care proxy for him. He visits him regularly and remains actively involved in his treatment and care. 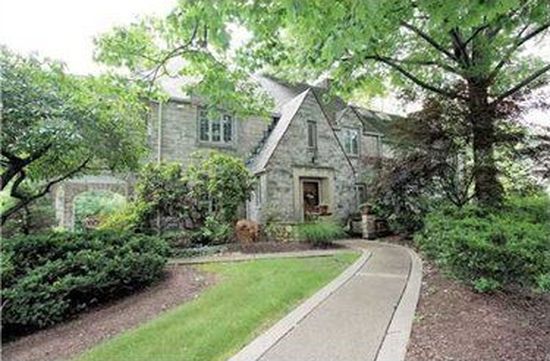 Darrek has a beautiful home in Bethel Park where he lives with his wife, Emily. The Rosicrucians wielded their substantial influence to have the Tinsleys appointed as Henry’s foster parents, and he lives with them, along with their adorable female brindle Pitbull named Omar (don’t ask). After what transpired with Sam, Darrek was extremely hesitant to have another youth placed under his wing by the Order; however, Henry exceeded all of Darrek’s expectations (and then some). Darrek is deeply fond of “the boy,” and for all intents and purposes, he considers Henry his son. He and Emily petitioned the court to finalize their formal adoption of Henry before leaving for their summer holiday in Greece.

When he isn’t teaching, spending time with his family, or working on cases for Anita, Darrek is a regular at the Hive Arcana where he can usually be found reading, working, or engaging in discussions with other patrons. He particularly enjoys talking about religion, philosophy, and life in general with Father Bob Nichols and Sandra Stephens. Silas is another patron whom Darrek enjoys conversing with, although their relationship is much more formal, with an undercurrent of caution on both sides. Darrek’s “best mate” and partner is Daniel Morgan, and Emily is also best friends with Daniel’s long-time girlfriend, Jamie Connor, the assistant manager of the Hive Arcana. Darrek also has a very close relationship with Dr. Armedt, both as a respected teacher and the leader of his covenant, as well as a surrogate paternal figure of sorts. Darrek recently learned that Armedt has been keeping more than a few secrets, including actively concealing the identities of Henry’s parents from him. This revelation has been very difficult for Darrek, and has resulted in creating strain in his relationship with his most trusted mentor.

Darrek and Sandra became acquainted through their multiple classes together during graduate school and discovered that they shared many mutual interests and passions including Gnosticism. Over time their friendship has deepened greatly, and the two of them are very close, much to the jealousy of Emily, Darrek’s wife. She and Sandra have a strong, mutual disdain that is a continual source of stress for Darrek. Darrek’s pet name for Sandra is, “dearheart,” due to her love and affinity for all things C.S. Lewis. He has great respect for her…and deep affection as well.

Out of the night that covers me,
Black as the Pit from pole to pole,
I thank whatever gods may be
For my unconquerable soul.

In the fell clutch of circumstance
I have not winced nor cried aloud.
Under the bludgeonings of chance
My head is bloody, but unbowed.

Beyond this place of wrath and tears
Looms but the Horror of the shade,
And yet the menace of the years
Finds, and shall find, me unafraid.

It matters not how strait the gate,
How charged with punishments the scroll.
I am the master of my fate:
I am the captain of my soul.

Darrek’s Mix from the Powers That Be 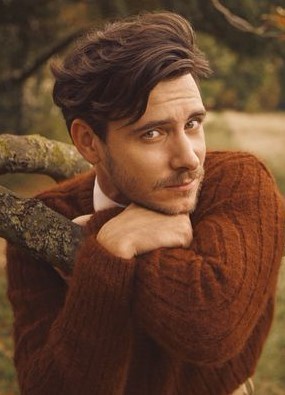