Father Bob is an ex-priest who left the Catholic Church after seeing a vampire murder one of his fellow clergy. When the Church refused to take action, Father Bob took it upon himself to take the fight to the creatures of the night. Technically speaking, he is still ordained but on an indefinite leave of absence from his duties.

At one point in time, he was uncomfortable with the neopagan elements around the Hive Arcana, but has come to appreciate and understand that everyone fights the darkness in their own way. His own faith, in fact, was rocked due to events that took place during the original Nocturnum campaign, but has found a deeper connection with the divine and learned to separate people from their beliefs and from their actions as a result.

Along with Sandra Stephens, Father Bob is a nominal member of the Sentinels, one of two left in the city. Both his and Sandra’s faith in their Covenant, however, has been rocked to the core following the events of 2007’s Covenant War, which saw the organization corrupted to its core and rampaging throughout the city. Sandra herself was savaged by her own Covenant after standing up against their actions, leading the two of them to break away on their own.

Father Bob is earnest and quietly friendly, always ready to lend support, aid and advice, but never pushy or intrusive. He keeps to himself and can often be seen talking with Sandra or Darrek over coffee. He is a font of knowledge about the Church and the history of Catholicism and Christianity in general. 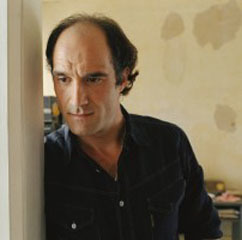