Psychic, member of the Cabal of Psyche

Kay is a psychic and a member of the Cabal of Psyche. She has been long-involved in a romantic relationship with Carrie Anderson. The cast met Kay as a teen of around 15 while on a campaign to stop a cult of the Old Ones from bringing a comet crashing on earth. Kay’s parents had been murdered and replaced by a supernatural creature known as a Sh’Kryth, which had brutalized and abused Kay with the eventual intent of sacrificing her. The Cast rescued Kay, who accompanied them back to Pittsburgh and took up residence, eventually beginning a long-term committed relationship with Carrie.

As a result of her experiences, Kay, while having a strong moral core and definitely fighting on the side of good, has become hard, cold and rarely displays emotion. She adopts a “suck it up and get over it” attitude to others’ pain, feeling that if she’s survived her ordeals, everyone else should get over their own. This does not necessarily endear her to many around her, and most of the Hive Arcana regulars tolerate her because of her relationship with Carrie, and because Anita seems to have a soft spot for the young woman.

Carrie and Kay have not been seen since a wave of madness overcame most of the psychics in PIttsburgh, and Carrie brutally assaulted Kay, placing her in the hospital. The two have become somewhat reclusive since Kay’s release, and haven’t been a presence. 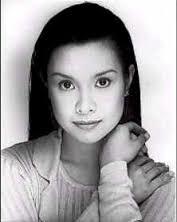