Back from the dead, powerful young moroi

Personality: Lorelei in life was what could be termed a “perky Goth.” She was very into the Goth lifestyle, but was always upbeat and cheerful, a source of joy and optimism for everyone in her life.

Being dragged from the Death Realms (Heaven, if we are to be brutally honest) and forced to suffer in a rotting Essence shell as her very soul wasted away to nothing has mellowed her optimism somewhat. Her personality post-Embrace remains to be seen.

Another character from the original Nocturnum series, Lorelei Matthews was a friend of Anita’s first Slayer, Kat, and also very close with Carrie and Sandra. What no one knew was that Lorelei was secretly in a deeply loving and passionate relationship with Sandra.

Possibly because of their love, Sandra was especially harsh with Lorelei when it came to her Gothic obsession with vampires. Lorelei saw vampires as romantic heroes in the Anne Rice mold, rather than as the demonic monsters they were. At the time, the Cast was unaware of the existence of the moroi. In a twist of dark irony, Lorelei was tragically murdered by a vampire in the first season of the original series, due to a rash mistake made by John.

Though her time on the series was brief, her presence left a lingering shadow over the Cast for the entire series and John in particular never forgot the events of that night, when his reckless actions caused the death of not just the 16-year-old Lorelei, but another teen boy named Julius.

A full sixteen years later,a Herald of Cassilda masquerading as Alan Collins III, an old flame of Anita’s and nemesis of the Cast returned from the dead, appeared on the scene, dragging Lorelei with him from the Death Realms as bait (or an offering, possibly; the Cast will never know for certain) for Anita. The problem was that Lorelei had after her original death been cremated, so her spirit had no body to inhabit, and thus as the physical Essence shell she inhabited wore down, she was unraveling—ceasing to exist.

Anita, John, Klaus and Drake teamed up to track the thing they thought to be Alan to the ruins of the city of Yhtill on Hastur, to put an end to his menace once and for all and to rescue Lorelei if at all possible. Along with the group were Sandra and Amara, a powerful moroi, both of whom had come specifically for Lorelei—in Amara’s case, to pay what she saw as a debt to the Cast.

Against all odds, they succeeded and with the aid of powerful magic and necromancy, Amara and Anita were able to use Lorelei’s ashes to restore the girl’s body, which Amara then granted the Embrace. Lorelei had become the very thing she always dreamed of being: an ensouled vampire, and a very powerful one at that, as it was revealed that Amara’s true name was Ravana, and she was among the the second generation of vampires ever created, tens of thousands of years ago. Even older than the Andideluvian progenitors of the modern vampire clains, she herself is the mythical Ravnos.

What will happen with Lorelei now remains to be seen; when the cast last saw her she was deep in the torpor of the ancient vampires, with Amara awaiting her awakening. The magic creating the new body for her to inhabit seems to have aged her beyond her original 16 years; she now appears as a young adult woman in her late 20s or early 30s—her approximate actual age.

Recently, Lorelei appeared in Pittsburgh, heartbroken and enraged at what she felt was having been cast aside by Sandra after tracking her down in New Mexico, and at her fear that she has been abandoned by Amara, who has gone missing. Anita took the young vampire in and has helped her to come to terms with her situation.

Upon her return, Lorelei has proven to be a gorgeous, caring and emotionally intense 30-something young woman who still has the maturity and personality of her 16-year-old self, though with the power of an ancient, third-generation Kindred. She’s lost, confused and terrified, especially at the disappearance of her sire, Amara, and wants to be a good person still, though she has inner desires and needs that she’s just barely keeping a lid on. She seems especially broken up that she isn’t currently with Sandra like the old days, and while on one hand she rationally understands that for others it’s been almost two decades, she doesn’t get why they can’t understand that for her it’s been a day since her death.

She has, presently and with both Sandra’s and Anita’s blessing, moved into Sandra’s loft while she tries to cope with the passage of time and figure out who she is and who she’s going to be. 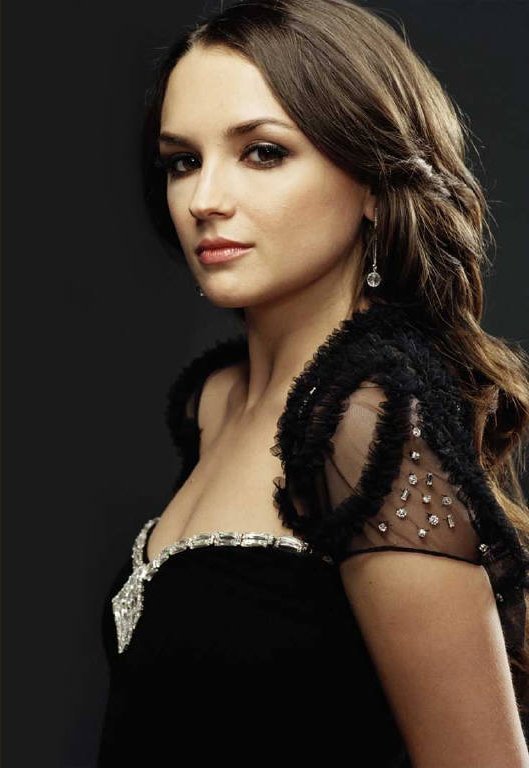