Professor Joanna Oddmuth is a tall, sultry woman with auburn hair and eyes as black as night who always has an air of mystery about her. She speaks quietly, rarely raises her voice, and always seems on the verge of seducing her clients. Her eyes give away nothing, and she never reveals how she’s feeling in a given moment. She smokes cigarettes with an elegant grace like a film star in the Golden Age of Cinema, and always seems to look askance, almost dismissively, at those with whom she speaks, rather than directly facing them.

She operates in ethically and morally gray areas, willing to obtain and sell black market occult tomes and artifacts for almost anyone, though she does draw the line at situations where she knows the artifact in question could present a threat to the world at large.

Her personal magnetism, however, is so great that it’s almost impossible not to like her, even if one knows better than to trust her. She’s one of those people who can bald-faced lie right to your face, and you’ll believe her even though you know it’s untrue.

Professor Joanna Oddmuth is a mysterious collector and broker of rare occult antiquities and has been an important source of information for Team Blake. When they were seeking the Grimoire of the Green Goddess to stop a corrupt voudou cult from summoning an Elder Being of immense power, Oddmuth was essential in their success after Henry saved her from an attack in her penthouse apartment.

Almost nothing is known about Oddmuth’s background or history. She plays everything very close to the vest. It’s even unknown if “Joanna Oddmuth” is her real name or an alias, or if she is, in fact, or ever was, a professor (and what her area of education is). What is certain is that she is an expert in occult antiquities and mystical artifacts, and while a mundane human herself, she has very likely used at least a few of the artifacts she’s collected to maintain her appearance and bolster her own defenses. She may indeed be far older than she actually looks.

Since the events of the Green Goddess, Anita has cultivated a professional relationship between Oddmuth and Blake Investigations; Anita herself is not above working in gray areas to get things done and sees in Oddmuth something of a kindred spirit, though she doesn’t trust the Professor any more than she can throw her. Anita is certain that in the grand scheme of things, Oddumuth is a cautious ally in that she’s no threat to the world at large. The same goes for Harlan, who recognizes that his information and Oddmuth’s acquisition capabilities form a unique synthesis.

After Kathryn Stoddard was murdered and turned into a vampire, the cast ensouled her before she could perform any atrocities. As Kathryn was adjusting to her new life away from the Library of Alexandria, Blake Investigations was able to secure her a job working for Oddmuth as a cataloger and private librarian. 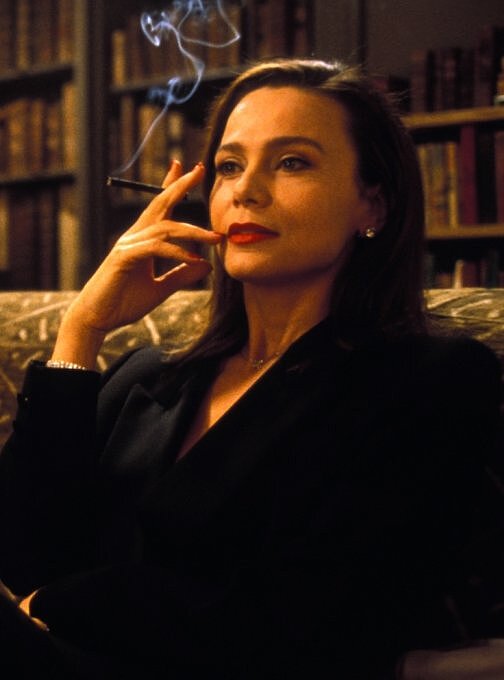