Harold Lamont is the manager of Club Inferno. He can always be found sitting like a king in a throne-like chair at a roped-off circular table with hangers-on (usually young and beautiful specimens both male and female who seem utterly enraptured with him). The sight is always disconcerting, as Lamont never speaks nor shows a whiff of emotion, yet his entourage simply fawn over him with stars in their eyes.

Lamont rarely comes down from his table; when he does it’s to address someone he deems of import, and usually in one of the hidden back conference rooms of the facility.

Nobody knows anything specific about Lamont save that he is astoundingly powerful, sometimes feels Gifted, sometimes purely Tainted, and sometimes bursting with Sadicas—an enigma wrapped in a paradox tied up in a puzzle with a missing piece. He dresses impeccably and exudes wealth and power. He’s always immaculately kept, well-spoken and polite in all his dealings. However, he never displays a shred of emotion and it’s only through is actions that one can tell whether he is pleased or put-out. He is nothing short of robotic in his interactions. Research reveals that he’s been around at least since the 1950s and doesn’t appear to have aged a day. He has been managing Club Inferno since the mid-1960s, and his position seems unassailable.

His club is bi-located in Pittsburgh and New York City, and only he knows how to allow someone to enter in one city and exit in the other. There are whispers among those very few in the know about Mythos matters, that he may be one of the more sinister Masks of Nyarlathotep, though for an agent of chaos, he keeps his club in very good order.

In the end Lamont isn’t so much an ally of the cast, but an unfortunate resource, possibly a major threat one day, and someone they neither like nor trust. Much to their chagrin…he seems to like them just fine.

Originally, Lamont was named Robert Hubert, and he was a character first appearing in the Delta Green: Countdown sourcebook. Certain things in the setting have permanently changed as a mysterious result of the Carcosan incursions of 2018.

In real-world terms, I’ve become disillusioned with the way the publishers of Delta Green conduct themselves online, and have decided not to use their material in my games any longer. This is an in-game retcon to address that issue. 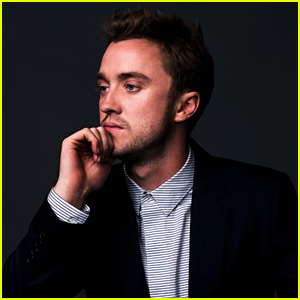