Cynical but empathetic Goth who gets messages from God

Eyes: Blue-Grey / Violet / Green (They change with her mood)

Favorite Books: The Chronicles of Narnia, The Screwtape Letters, The Perelandra Trilogy and pretty much anything else by C.S. Lewis

Favorite Bands: Siouxsie and the Banshees, We Are the Fallen, The Beatles, Pink Floyd, any variety of 80s new wave bands.

Biggest Vice/Worst Habit: Shutting her feelings off from the world and never letting anyone in..

A powerful Gifted who seems to get her powers straight from Heaven, Sandra is a sort of adopted daughter to Anita Blake. She is a member of the Sentinels—or what’s left of them.

Born on November 17, 1985 to an abusive construction worker father and an alcoholic and addict artist absentee mother, Sandra led a very difficult childhood; she found a deep faith in God entirely on her own and considers it the reason she got through her youth, though she’s never been one to proselytize. It was perhaps these difficulties that drew her to the Goth lifestyle as a teen in the early 2000s.

She was orphaned and emancipated at the age of 16 and has been on her own ever since; her father was arrested and put away for his brutal treatment of Sandra, and her mother died from a combination of an overdose of barbiturates and acute alcohol poisoning. Things came to a head the night her mother died when her father blamed Sandra for her mother’s death and began to brutalize her; during his savaging, she heard a voice in her mind that quieted her, eased her fears and a deep calm came over her. It was then that the fires from Heaven burned her house to the ground. Sandra and her father escaped, only for him to be arrested when all of the evidence came to light.

As her father lay unconscious on the ground, a beautiful red-haired woman garbed in blue and white robes appeared before Sandra and helped her to her feet. Sandra intuitively understood that this woman was none other than Mary Magdalene. Mary told Sandra that everything would be all right, that she would go on to be a great healer, a strong and powerful woman, that Monad and Sophia had heard her cries, and that she shouldn’t ever be afraid again.

Mary held the girl until first responders showed up…and then was simply gone. Since that day, whenever Sandra is in need of guidance, she turns to Mary, who sometimes speaks to her, sometimes appears to her, and sometimes just makes her presence felt.

Sandra sued for emancipation and damages and was awarded a huge sum of money drawn from investments her father had made as well as insurance policies for the house and life insurance from both of her parents. She has managed to invest this money wisely and turn it around so that she has more than enough to live simply, but comfortably.

It was around this time, while she was still dealing with the trauma of her Inspired power manifesting, of the loss of her mother, and of starting her life over at 16 years old, that she met the Slayer Katrina Donovan and became close friends with Kat and her crew—Lorelei and Carrie. The four considered themselves a “Coterie,” and Sandra developed a special relationship with Anita, Kat’s watcher, eventually coming into her own regarding her powers as an Inspired and becoming inducted into the local group of supernatural champions in Pittsburgh.

It was during this time that she experienced her first—and for a very long time, only—love, when she met Lorelei Matthews. Sandra struggled with her relationship to Lorelei for a long time, feeling guilty and afraid that nobody would accept the two of them. Their affair was passionate, honest and real, however, and to this day Sandra considers Lorelei the love of her life.

This deep love and Sandra’s tendency to worry and mother hen over those about whom she cares also led her to take a very harsh and caustic stance on Lorelei’s “vampire groupie” persona, as Sandra always understood that vampires were not romantic heroes to be idolized, but demons to be fought. For her part, Lorelei learned that the hard way when she was murdered by a vampire due to the reckless actions of John Forsythe.

No one ever knew their secret, and in fact many assumed that Lorelei was in a relationship with Carrie Anderson, another of their group. Lorelei’s brutal death nearly destroyed Sandra, and though she never told anyone, she also never dated another person.

Sandra has long since come to terms with her pansexuality; she does not consider herself gay, nor straight, nor bisexual, not believing in such labels. As she would put it if anyone took the time to learn about her, she falls in love with people, not gender. She never spoke of Lorelei as her beloved, not because she remained ashamed, but because it was too painful to discuss.

Following the end of the original Nocturnum campaign, Sandra went on to complete her Bachelor’s Degree in Religious Studies from the University of Pittsburgh, with a focus on early and medieval Christianity, and followed this with a Master’s of Divinity from the Pittsburgh Theological Seminary.

Now in her early 30s, while still a “Goth,” Sandra is nowhere near the angst-filled teen she was. A series of events including losing Lorelei to the fangs of a vampire, Kat when she sacrificed herself to close the Pittsburgh Hellmouth, and being betrayed and assaulted by her own Covenant have tempered her former recklessness and given her a deep, serious sincerity that belies her youthful years. Today she helps out at local homeless shelters and earns a few dollars on the side writing poetry, essays and maintaining a spirituality blog. She is a regular fixture at the Hive Arcana.

Sandra is deadpan and cynical with a biting sense of humor and a strong sense of sass, but very honest and loyal at the same time. She is a woman who feels things very deeply and can be cut to the core, but rarely shows it to others. Rather, she spends a lot of time quietly crying alone with the (sometimes literal) ghosts of her past. As caustic as she can sometimes seem to outsiders, she is incredibly empathetic to the pains of others, and can be the best person possible to have at your side when you’re hurting.

Sandra is very good friends with Darrek and enjoys talking philosophy and religion with him over a cup of coffee. The two are frequently seen together at the Hive Arcana bantering with each other about music, food, beverages, philosophy, literature and more, to the jealousy of Darrek’s wife, Emily.

Sandra counts Father Bob Nichols as possibly her dearest and most trusted friend (rivaled only by Darrek), and with the utter destruction of the Pittsburgh Sentinels after the Covenant War, Sandra believes the two of them, along with, potentially, Matthew Canaan, to be the only two left in the area—and indeed, wouldn’t trust any others, anyway. She calls the Hive Arcana home as much as her own South Side loft apartment, and considers Anita Blake to be more of a mother than her natural mother ever was.

Sandra is currently suffering because she has long harbored a secret love for Darrek, the first she’s felt since Lorelei, though she knows that she and Darrek can never be. She’s not a homewrecker, and she understands that Darrek loves his wife deeply and would never come between the two of them…even though she’s certain Darrek also has feelings for her.

She also sees a lot of parallels regarding the way things are starting now and the way they went back in 2001 to 2007. She worries that people close to her are going to die horribly, and the last thing she wants is to see Anita’s fragile grasp on sanity slip to a point where it’s never recoverable. As with everything, though, she bears these pains quietly, with grace and more than a little loneliness.

Sixteen years after losing Lorelei, against all odds, and with the aid of powerful magic and necromancy, Amara and Anita were able to use Lorelei’s ashes to restore the girl’s body, which Amara then granted the Embrace, turning her into a Kindred (moroi) ensouled vampire. This unexpected turn of events on top of everything else resulted in Sandra subsequently deciding not to return to Pittsburgh with Anita. Sandra gave Anita two letters-one for Father Bob, and one for Darrek-and asked her to deliver them both upon her return to the city.

She is currently in a small town in New Mexico that is built upon the site of an old boom town called (perhaps ironically) Apocalypse…also a place where the original cast shared time traveling adventures in the year 1880, and where another, prequel game to Nocturnum takes place. There, she is battling a new species of reptilian vampires called culebras with the help of a young man named Josh (who Sandra clarifies is “NOT MY BOYFRIEND!”). Some sort of altercation occurred there between Sandra, Josh and Lorelei which left Lorelei feeling rejected and alone after her resurrection and the young, but very powerful, vampire ran back to Pittsburgh and Anita. How that scenario will play out remains to be seen.

Requiem for a Lost Love

A lifetime ago, and only scant years
Hot spring nights
Turned cold winter twilight
Innocence
Torn from me in stabbing needle fire
But I remember you

Your hair, the color of wine
Your eyes, the dark of winter’s night
Your lips
A long copper heart in
the white oval
of your diamond-precious face
The taste of raspberries on your tongue
How could I forget?

Your hands like satin on my shuddering shoulders
Exploring, clumsy
Children at play
And every day the height of May
I remember you still

Innocence
Foolishness
Children playing gods
Where were the angels then?

Beaten, bruised, naked
I lay
Alone
No one
Our secret buried in your grave
No one ever to know
But I remember you still
And the words that tore you from me
“Go ahead.”

Your lips against my breast
Your teeth that brushed my throat
Your nails the color of royalty
Digging fire trails
At my back
You haunt my dreams
A hot whisper no other shared
Were we wrong?
And here, I remember it all 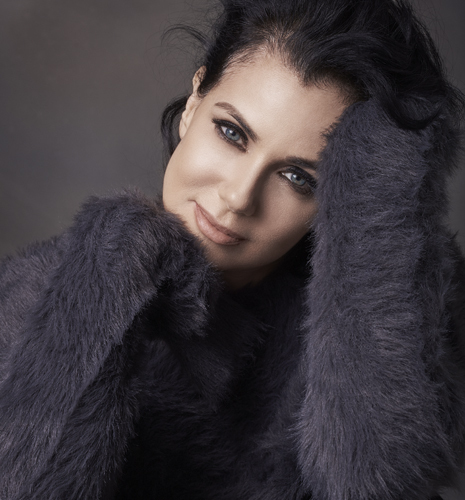