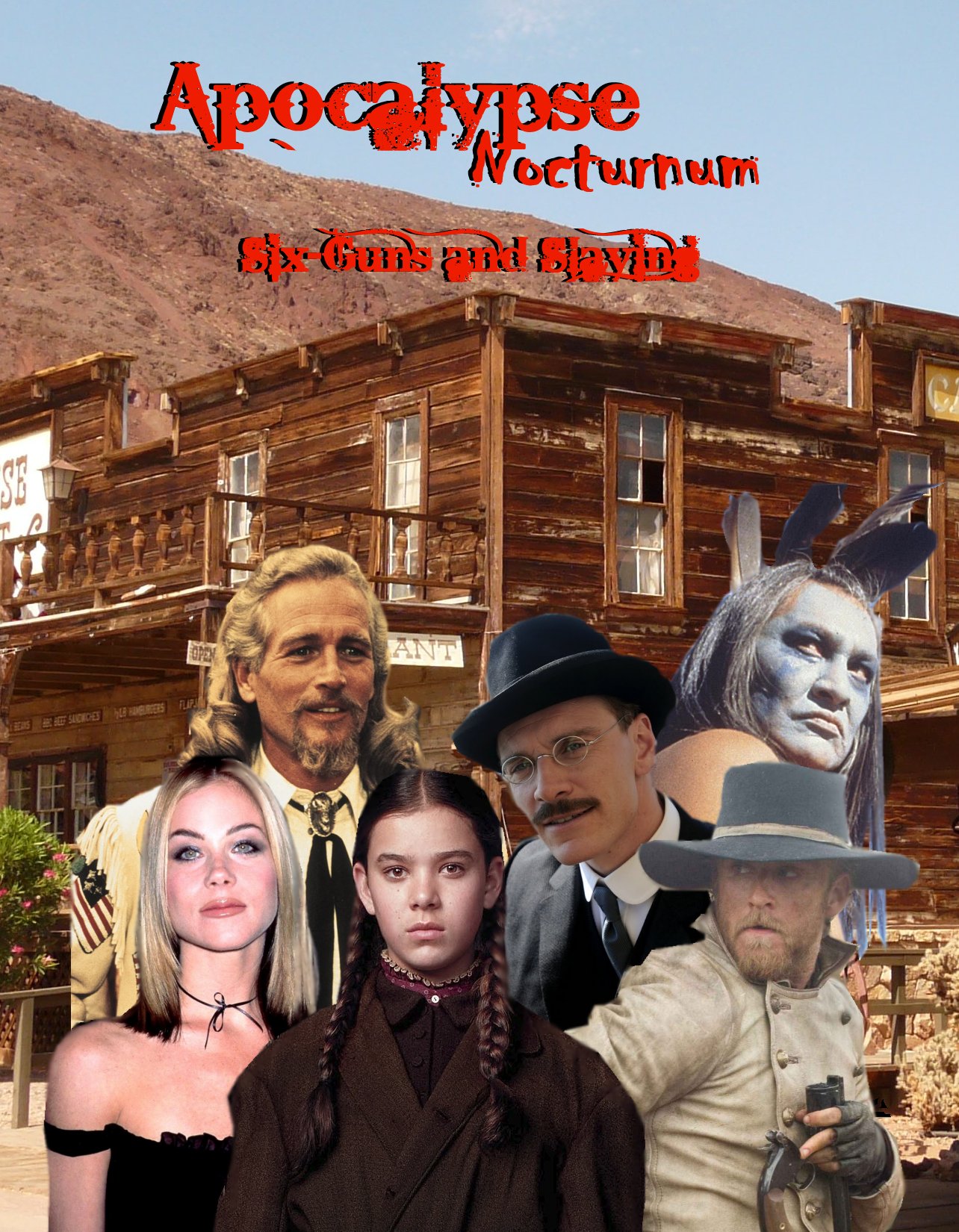 Nocturnum: Apocalypse is an ongoing prequel campaign set in the Nocturnumverse. Unlike the other games, this particular campaign takes place in the town of Apocalypse, New Mexico in 1880.

The stars of the campaign are:

The series is currently on hiatus and doesn’t have a website, but will be back with its own page on Obsidian Portal!

In the first season, the group encountered a figure straight out of myth and literature as they battled an ancient vampire named Esmeralda who was a former Slayer, with the help of her former Watcher, who turned out to be none other than Quasimodo, the Hunchback of Notre Dame. In the end, Esmeralda was ensouled by the Cast and let go to take her own fight to the forces of darkness. It remains to be seen what awaits the Cast as they return home next season…

The connections to Nocturnum in this campaign are as follows:

More direct connections will be drawn in future seasons.