Some issues of canon (especially relating to Buffy and Angel) and a few retcons have come up recently. These must be addressed, and here’s a brief breakdown of these issues.

The Nocturnumverse is a mash-up of a number of different universes. At its core is the universe of C.J. Carella’s WitchCraft, combined with the Buffyverse and then with concepts from the Cthulhu Mythos, the Yellow Mythos, the Evil Dead universe, the Ghosts of Albion universe, and most recently, the classic World of Darkness added in.

This brings up issues of canon. As I tell my players, when it comes to Nocturnum, don’t think too hard about these things. I co-opt and use things as I like. Since the game began as a Buffy game, this is where canon gets the most murky. For game purposes, everything that occurred in the original Buffy the Vampire Slayer and Angel television series is considered canon to our game. Nothing, however, that has happened in the ongoing comics series is considered canon, save that there is a Slayer organization and hundreds of slayers running around the world.

The Slayer Organization as described in the Buffy Season Eight comics and beyond has never happened. There was no robbing of a Swiss bank account, no “private investors,” and no worldwide high-tech organization with Xander having a Nick Fury complex. There’s no Seed of Wonder and magic did not disappear. There was no Twlight or Twilight dimension, and Angel isn’t a big old easily-manipulated douchebag.

Whether LA went to Hell, I haven’t really decided, and it’s largely moot as if it did, the timeline was reset and nobody but Angel remembers it anyway.

The Council, Coven, and Slayers

Currently, the Watcher’s Council has been rebuilt from the surviving existing Watchers scattered across the world. Rupert Giles is the head of the organization, which is based once more out of England.

There are approximately 500 Slayers in the world, and they are scattered and assigned as needed, each with her own Watcher. Watchers are now fully-trained and experienced demon hunters, able to assist their Slayers in the field, after Giles and Wesley’s example.

The Tudor Estate owned by Drake in Coventry serves as a Slayer training facility, and the main library and offices of the Council is located in London.

The Devonshire Coven is directly associated with the Council. The London / Coventry / Devon connection forms a powerful triangle that lends a great deal of mystical energy and power to the council and it’s said there are no dark supernatural forces active within its influence, that it forms a sort of “nega-Hellmouth.” 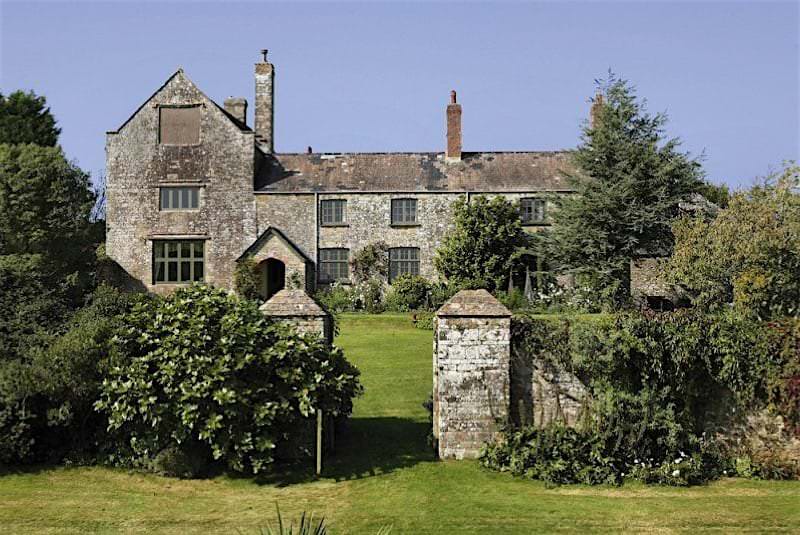 In game terms, the Watchers and Coven together now count as one of the Covenants, though their knowledge of Cthulhu and Shade Mythoi elements remain limited, and they are only recently becoming aware of the existence of the Kindred.

Attitudes Towards the Supernatural

The new Watcher’s Council takes less of a hardline stance on demons and vampires than the Council of the past, having gained more perspective from the experiences of Buffy. That being said, there is a significant number among surviving Watchers that still champion the old ways and challenge Giles at every turn.

In fact, some of these are so old-fashioned and out of time that they have punished Slayers for having unconventional views, driving some to rogue status and others even to depression and suicide. The original Munich branch of the Watcher’s Council was like this with Hilda until the London branch stepped in and affected change in the nick of time.

It remains to be seen whether these renegade Watchers will themselves become a threat.

Willow is now a card-carrying member of the Coven, and is still with Kennedy, who is a Slayer in good standing.

Dawn is a witch-in-training with the Coven and an archivist for the Council.

Xander is now a Watcher, as is Robin Wood.

Andrew is a researcher and unofficial “mascot” for the Council.

Wesley Wyndham-Price is the current Liaison to the Senior Partners at the L.A. Branch of Wolfram and Hart, but unlike the comics, he is not a ghost. He is fully corporeal, along the lines of LIlah Morgan, and bound just as she is to the company with a contract that extends beyond death.

Charles Gunn, in fact, survived his wounds in the final battle against the Circle of the Black Thorn. He still works for Angel Investigations, though again, he has an unbreakable contract with Wolfram and Hart.

While still nominally the CEO of Wolfram and Hart, Angel has walked away from the post and is once again operating Angel Investigations out of the Hyperion Hotel in LA. Following the apocalyptic battle with the Black Thorn, Angel did receive a reward, despite signing away his right to Shanshu: while he still has a soul, the Powers that Be removed the curse binding it to his misery. He is now permitted to be happy.

Faith is currently a member of Angel Investigations, and she and Angel are together and deeply in love, a situation that Buffy has come to accept and support.

For her part, Buffy is on again/off again with Spike, who is now constantly by her side.

Illyria has integrated her own personality with that of Fred in an effort to better acclimate to human society; she generally looks and acts like Fred and only adopts the Illyria appearance and persona when in battle, much like a vampire and its game face.

Connor is in college at UCLA pursuing an Engineering degree. He fights demons when they show up on campus, but isn’t an active Champion at this point in time. He does have a casual, but close, relationship with Angel.

Kate Lockley, who hasn’t been seen since Angel Season 2, is currently the LAPD equivalent of Joe Knonaem; that is, she is heading up the special task force on unexplained phenomena for the LAPD.

In our first season (and in our original game) there were mentions of the government conspiracy Delta Green. This was based on the role playing game of the same name. I have currently taken issue with the way the publishers of that game comport themselves online, and as such, DG is being retconned out of the game.

Though it won’t necessarily be explained in the story, the rationale for this in-universe is that some of the changes resulting from the Carcosan incursion in 2018 were inexplicable and permanent; Delta Green is now a government conspiracy known as Aegis (see Eden Studios’ Conspiracy X), Club Apocalypse is now Club Inferno, and Robert Hubert is now Harold LaMont. Details about the new locations and names will be found under their individual entries.