With the original Nocturnum: The Pittsburgh Chronicles campaign I began a tradition of creating soundtrack albums for my players each season. We are continuing this tradition this coming season. Here is the cover for the Season One soundtrack album: 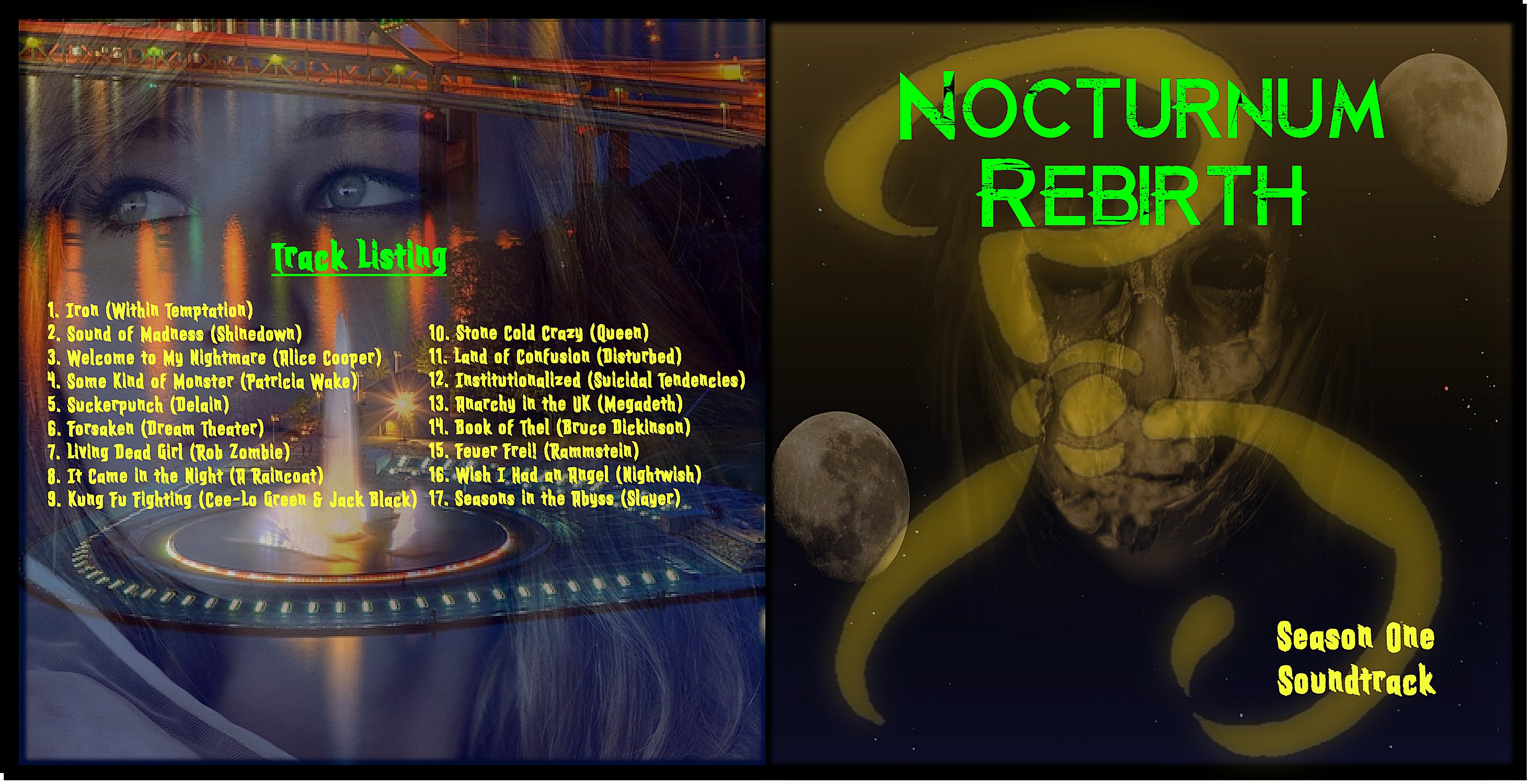 The “Powers that Be” (the forces of balance in the Universe) have created music lists for each character in the series—playlists that pop up on overhead music and car stereos wherever the heroes go at the most inopportune times.

In addition, each Champion is assigned a ringtone by the PtB, and no matter what they do, they can’t change it. These ringtones change at the whim of the PtB, usually when something happens to the character’s status to the point where a new “theme song” is warranted. Each playlist kicks off with that character’s ring tone.