In season one, Anita and Darrek were bemused and distraught to discover that the Occult Library in Blake Investigations was vanishing off the shelf. This continued all season, and occasionally cryptic notes would be left behind regarding the danger or disposition of one or more books in the collection. As research was being done, certain books that were needed would simply appear back on the shelves, only to vanish once more.

In Episode 21 it was discovered that the books were, in fact, being absorbed into the mythical Library of Alexandria, which exists in a pocket dimension of its own…and that our heroes were to be granted complete access to this breathtaking collection… 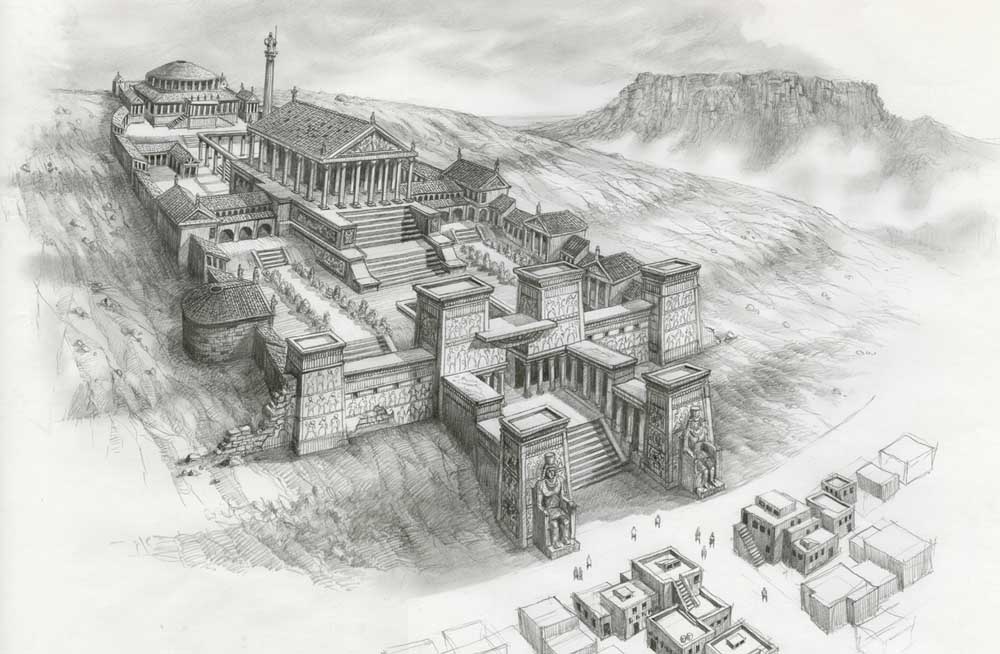 The Library of Alexandria is exactly what its name would indicate. The original LIbrary of Alexandria, which was, according to legend, destroyed at any of three different times throughout history. It is the largest repository of information in the world, considered by many to hold the sum total of all human knowledge. This, of course, is not true, but it does hold almost every book ever published or written—even those that have been destroyed or banned.

The truth of the Library’s history is that it has been burned to the ground four times in history: during Julius Caesar’s fire during his civil war in 48 BC; during the attack of Aurelian in AD 270–275; by the decree of Coptic Christian pope Theophilus of Alexandria in AD 391; and during the Muslim conquest of Egypt in (or after) AD 642. In every one of these periods, the Combine was behind the attack, feeling the library too dangerous to be allowed to survive.

After the fourth attack on the library, the Powers that Be stepped in, and a mysterious being known as the Head Librarian took the total of the Library’s resources and brought them to an extradimensional space. During this process, and over time, the library gained a sentience of its own and grants access to its vast sums of knowledge only to those the library itself deems worthy.

Inside, the library is vast. Indeed, it seems infinite and it may well be, as it expands to accomodate any new information it needs to absorb. It has entire wings full of scrolls from prehistory, and enormous computer labs with private terminals offering the fastest Internet access (the current WiFi password is “AlexandriaRoxx3461!”). There are also countless “private collections” wings which can only be accessed with the permission of the wings’ owners. 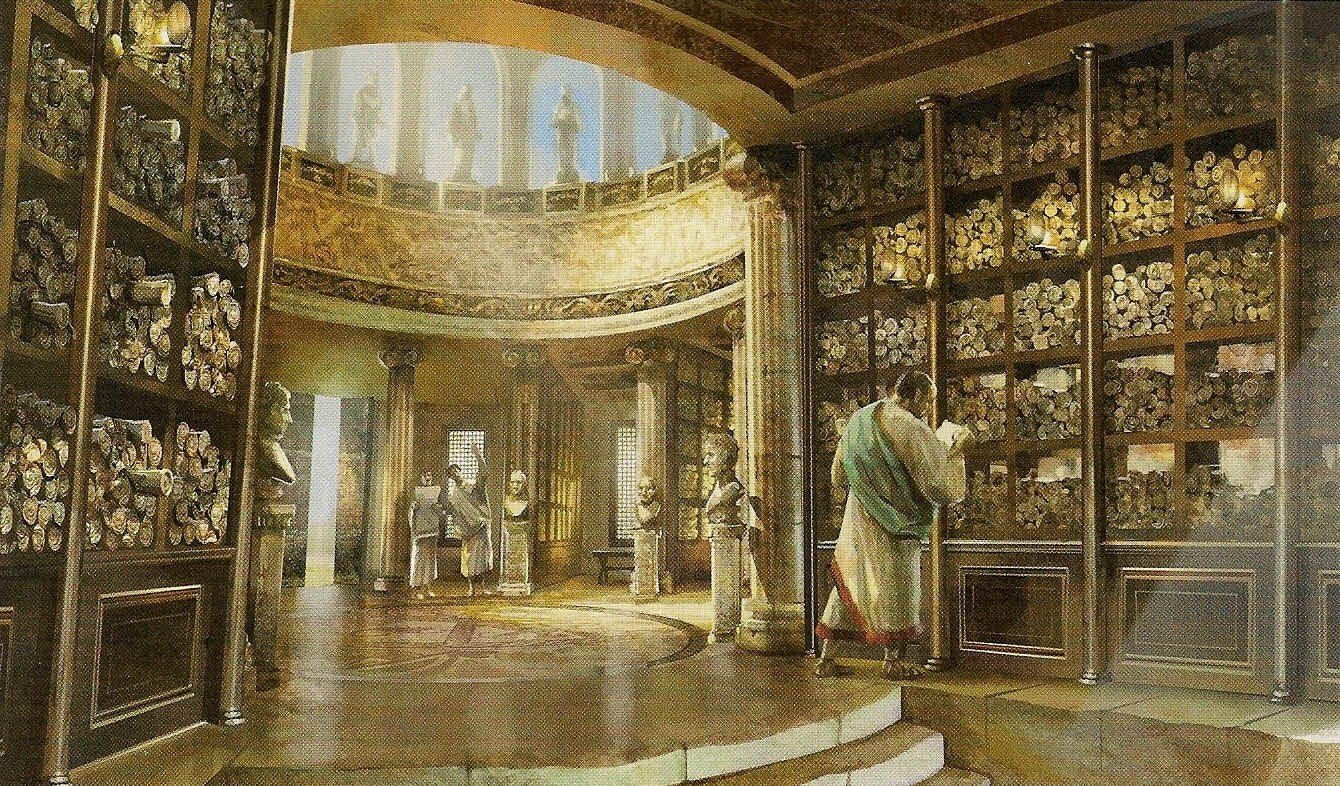 The library exists for one purpose and one purpose only, and that is to absorb and preserve the knowledge of humankind. When a given collection becomes too large or threatening, the library mystically absorbs that collection into itself, where members of its thousands-strong staff of librarians catalog and store the new information. Anything deemed of value to general knowledge is copied and placed into the general collection, while the entire original collection is placed into a “special wing” dedicated to the original owner of the absorbed collection. This is how the millions of “private collections” in the library have come to exist. 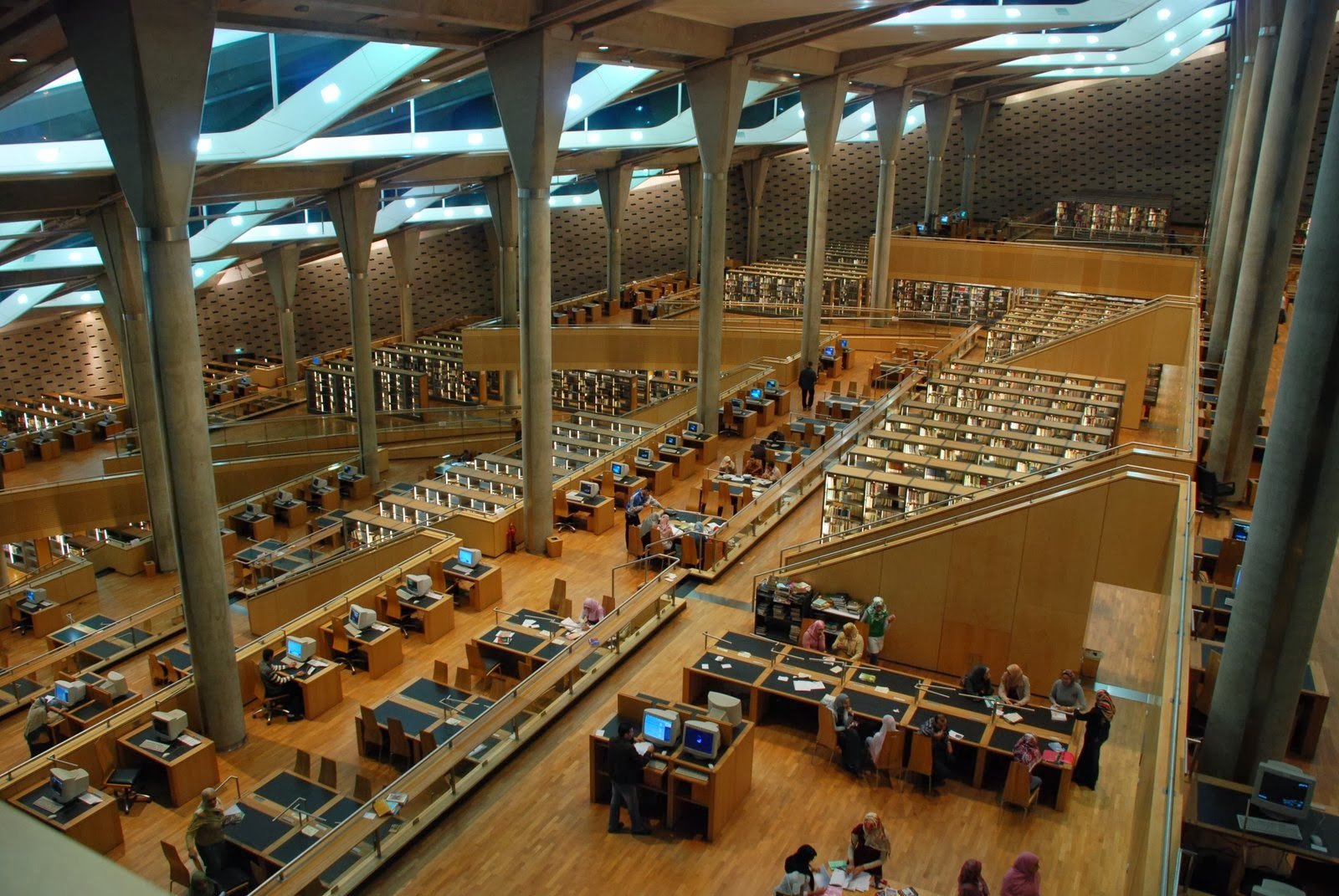 Each special collection is assigned a liaison, a special reference librarian tasked to always be the point of contact for those with access to that collection. The liaison to the Anita Blake Special Collections Wing is Kathryn Stoddard. 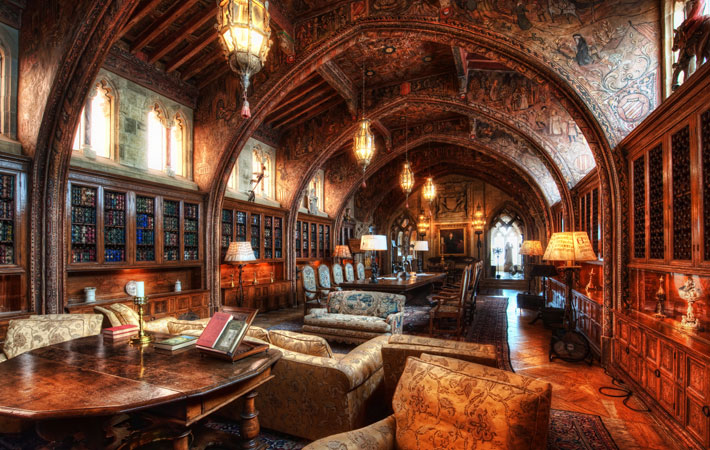 Time and the Library

Time and the library enjoy a strange relationship; it is entirely possible while wandering through the library to meet and interact with someone from any period in the span of human history, though imparting of future knowledge to those from the past is strictly forbidden, which means that someone from Ancient Rome will never find a computer lab, nor will they be able to achieve information from the 19th century, no matter how hard a Victorian scholar might try to impart that information. To the listener, such information simply comes out garbled.

The only people who have access to knowledge from the full span of human history are the librarians themselves. There are several thousand of these, drawn from periods throughout history, and they live eternally in the library. They may be allowed to leave only for special occasions, and only to their home time period, and while they are outside of the library, they lose access to knowledge beyond that of their home period (though they are aware that that they have such knowledge and they retain their own personal sophistication).

Oddly, the staff’s knowledge of human history and knowledge ceases somewhere in the mid 53rd century. What that means, even the library doesn’t know. Does humanity end at that point? Did they cut off access to the library for some reason? Is there some advanced knowledge that the Universe itself deems too dangerous to know until humanity gets closer? Theories abound, but no one has been able to uncover the truth. 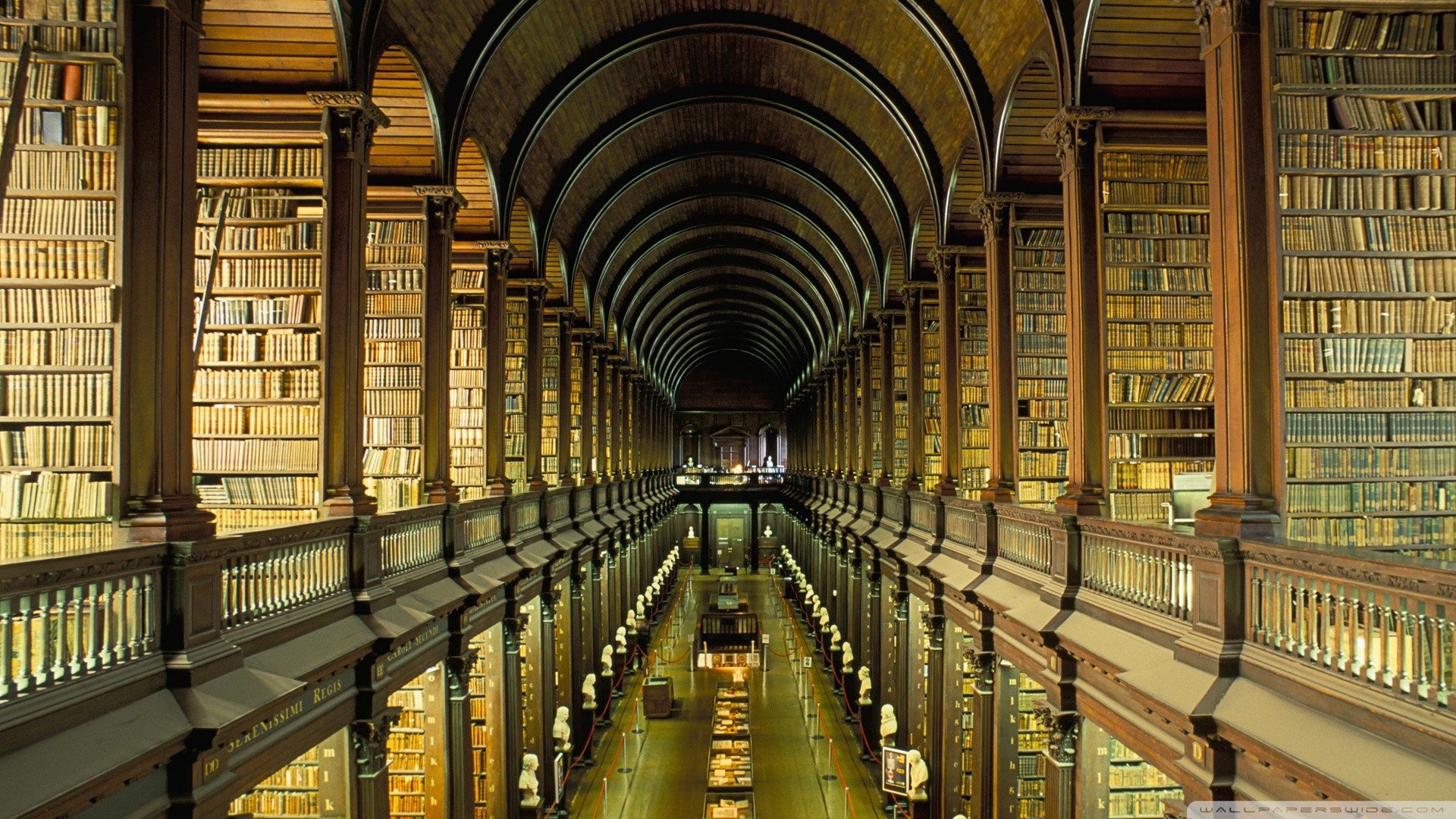 Time Travel and the Library

It is not possible to use the library for time travel—one cannot enter in 2017 and exit in 1842. Theoretically one could use it to travel into the future, simply by staying in the library for thousands of years, but it would be a one-way trip at best, and no one knows what effect that might have on the traveler. Theoretically it may be possible to go to specific points in the past by having a librarian from that period as an escort, but no one has ever been granted such a privilege; the danger to the timeline is too great. 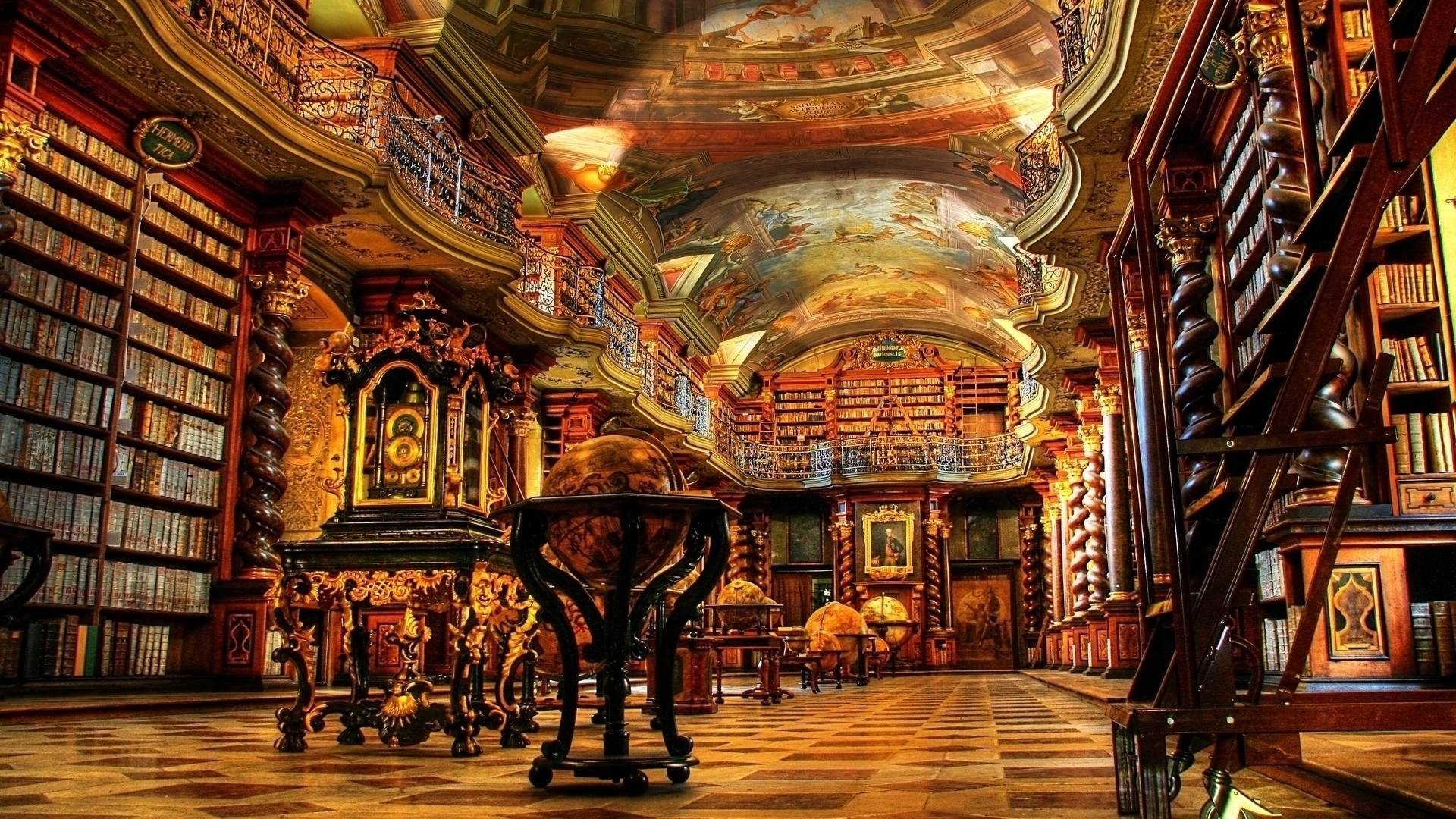 Certainly throughout history there have been patrons who have abused these effects to live extraordinarily long times, but it is said that after so long, the Library will permanently cut off access to those who take such abusive actions.

The Problem of Research

In game terms, access to the Library of Alexandria represents an Occult Library quality at a value of 10. However, the fact that all information is there, does not mean that it is easy or quick to access. Research still takes time, and sometimes finding rare books in a collection that spans the entire history of human existence can take a very long time. The librarians have access to 51st-century era cataloging and research technologies, but even with that, searching literally ten thousand years or more of knowledge can take time. Add to that the fact that the rarest books are certainly all held in private collections and it can sometimes take days, weeks, months or even years to locate the collection holder.

For this reason, the Library is a major boost for those who value unprecedented library access, but is not a magic fix for all research-related problems. As a 10-point quality it grants +5 to all occult or mundane related resources, but the results of such research could take some time to gather. 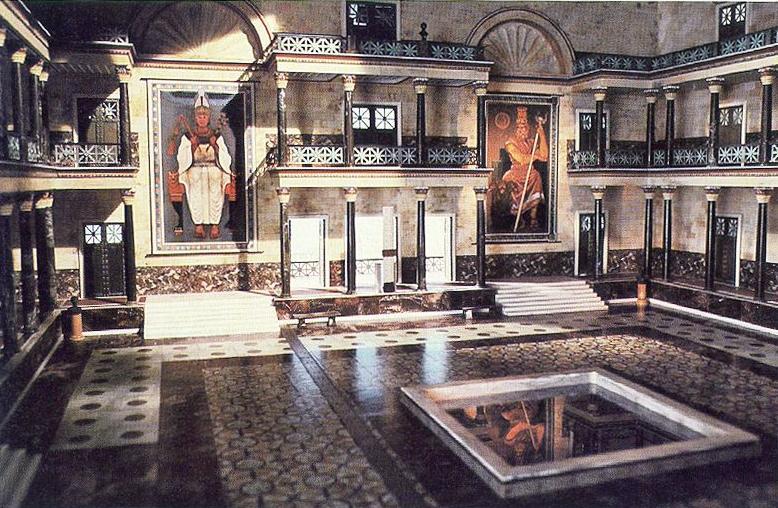 The Library and Hastur, Shade or Cthulhu Mythos Research

One of the big problems that confronts patrons of the Library is researching cosmically-forbidden knowledge like that of the Shade, Hastur or Cthulhu mythoi. The difficulty here comes in two varieties. In terms of the Shade and Hastur mythoi, these writings are so alien and rare that even the library’s collection is scant at best, and what it does have is firmly entrenched in restricted, private collections.

In terms of the Cthulhu mythos, the library certainly has a broad collection of mythos tomes, but the vast majority available to the public are heavily abridged, and those that are unabridged are, again, entrenched in restricted, private collections.

For the most part, requests for these kinds of mythos information will be met with a red, “refused; restricted information” card. If the patron can justify their need for the information, a yellow, cautionary approval will be issued, and the librarian will do their best to help the patron locate the information in question. Again, however, the process could take ages to find, and still may come back as “unavailable.”

Accessing the library is personalized to each patron. Every patron will have a unique access point from where they can enter the library and to where they will always exit. This location is often the area where the patron had their personal library collection before it was absorbed; for others it’s a convenient place where they were first invited to join the library. In some cases it has even been a bedroom closet.

Moving this access point can only be done in the situation of a permanent move, or other permanent loss of access to their original access point. The library knows when such things occur and will contact patrons if a new access point need be established.

Gaining entry to the library requires a card scan, a handprint analysis, a DNA pin-prick test and a retinal scan. Considering that nobody has ever been able to counterfeit even the access card, the security may seem excessive, but then again, it is the Library of Alexandria we’re talking about, and the information therein could be exceptionally dangerous in the wrong hands.

Patrons may bring guests that they trust, but such guests must be accompanied by the patron at all times, and Patrons are held responsible for any misuse of library resources by guests. In addition, upon exit, guests have all memories of the library itself, and the means by which they got in, purged. They keep their knowledge of having been there, and any knowledge they gained while inside, but they have no evidence to prove the library’s existence and no knowledge of how to get back or even what it looked like inside. 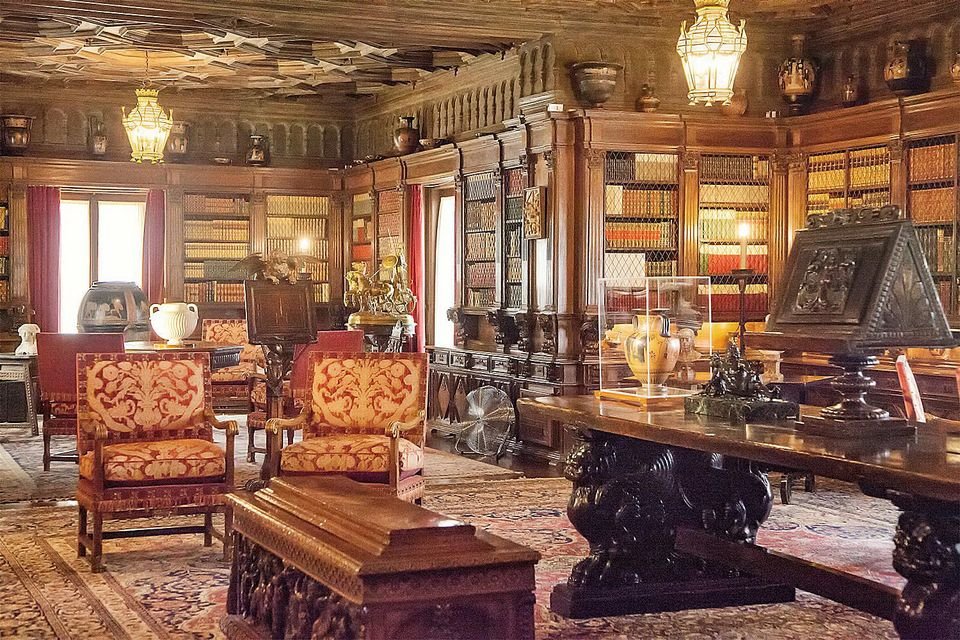